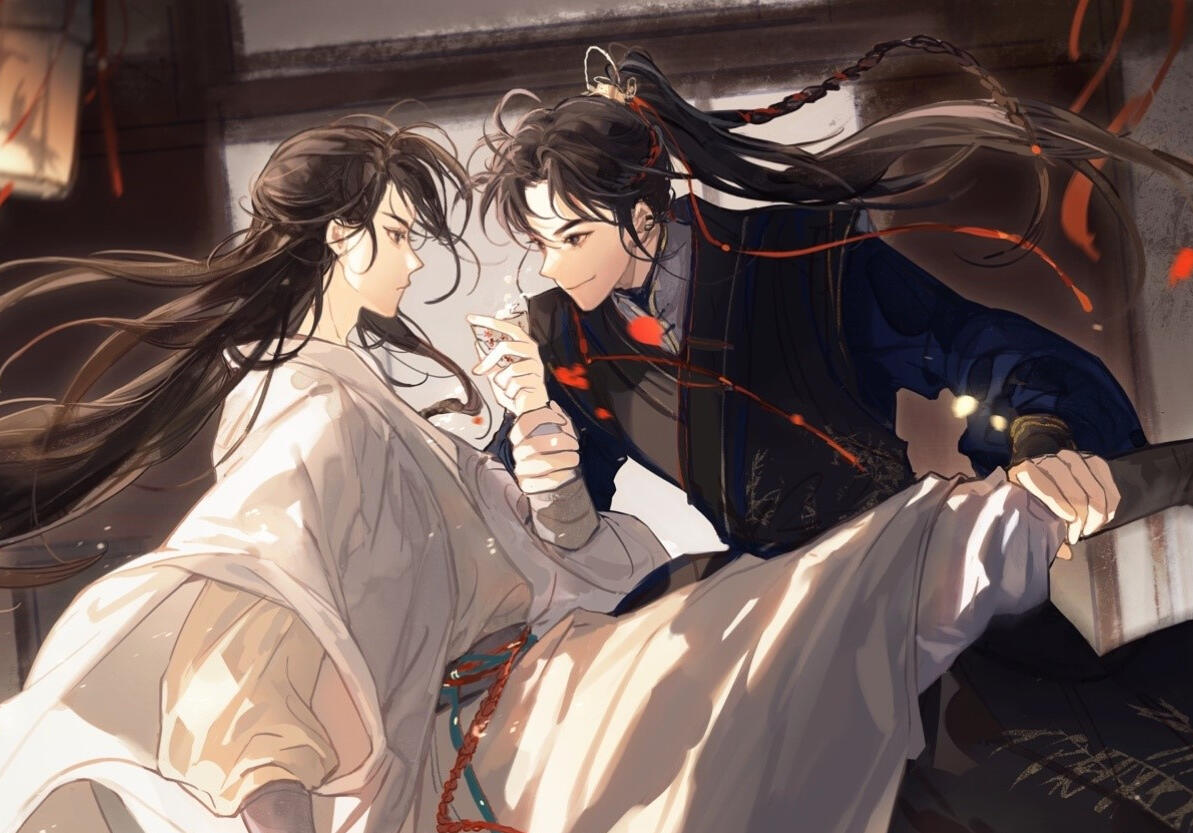 The six prefectures of Zhongbo were offered to foreign enemies on a silver platter, and Shen Zechuan was taken into custody in the capital, reduced to a drowning dog loathed and condemned by all. Xiao Chiye followed the scent of the furor and made his way over. But instead of setting others on him, he kicked Shen Zechuan with his very own leg, rendering the latter an invalid. Who would expect this invalid to turn around and bite him in a counterattack until he was all drenched in blood? That was the start of an epic feud between both men who tore at each other every time they come face-to-face with one another.

“Fate wants to bind me here for life, but this is not the path I choose. The yellow dust submerged my brothers deep under. I have no wish to bow in submission to an illusory fate. The imperial edict can’t save my troops, and the imperial court can’t fill the stomachs of my mounts. I’m no longer willing to lay down my life for this purpose. I want to surmount that mountain. I am going to fight for myself.”

Courtesy name Shen LanzhouEighth son of common birth of the Prince of Jianxing (Shen Wei)Accused of colluding with the enemy to commit treason due to his association with Shen Wei; hated by almost everyoneWill stop at nothing to "repay" those who have wronged himHe is somewhat hard to read, so if you think you can't see through his plans don't worry! You are not alone....he is just too smart for everyone.Very Smart and occasionally ruthless, but as Xiao Chiye said: "a little ruthlessness gives you more flavor"Regarded by most (if not all) as very beautifulLikes fishHeight: 180 cm :-) 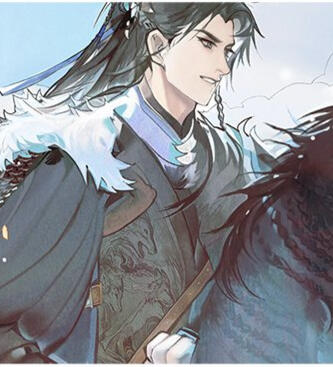 Courtesy name Xiao Ce'anYoungest son of lawful birth of the Prince of Libei (Xiao Fangxu)Forced to stay in the imperial capital as a means to keep Libei's power in check; really wants to go home :(Underestimated and seen as just a cocky young master who likes to play around, but his actual abilities soon emerge. He is not just a wolf pup!!Very Smart, and is mindful of political relationships around him so his moves are always well-thought out.Has a good bird (Meng) and an equally good horse (Lang Tao Xue Jin)So tall that it intimidates enemiesLikes a certain someone's napeHeight: 195 cm :-)

Enemies to Lovers >:)Have attempted to kill each other more than onceFirst meeting is through a fatal kick by Xiao Chiye to Shen Zechuan"The kick that turned into pangs of pain after Xiao Chiye fell into the clutches of love."Teases each other a lot, they can flirt and scheme in the same breath. They always try to get the last word...Sexual tension very much presentPOWER COUPLE!

QJJ has a lot of very interesting
side characters and I hope everyone
gets to know them too :D
(Promo for my boy Ding Tao please take care of him)

Note on non-english tls
Some may be discontinued or unupdated;
if you know of any other translations to add here,
please let me know!

To encourage supporting authors, you can access
advanced chapters by providing proof of purchase! 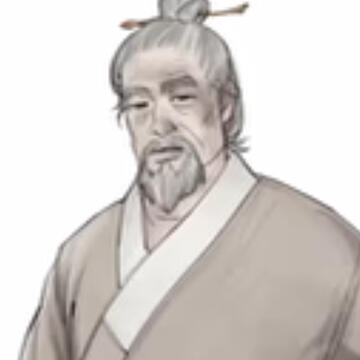 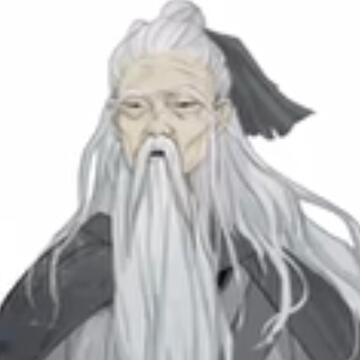 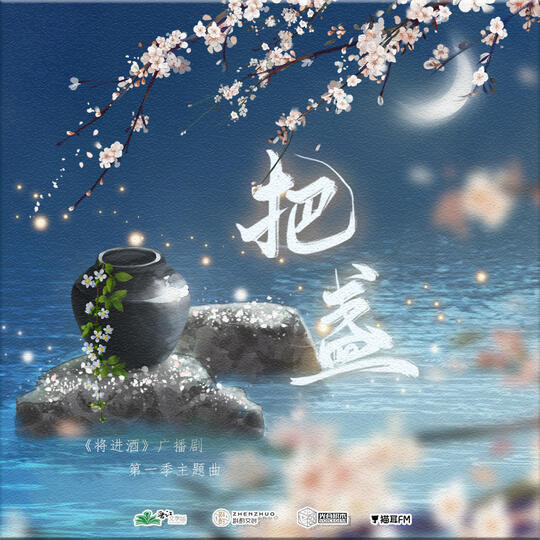 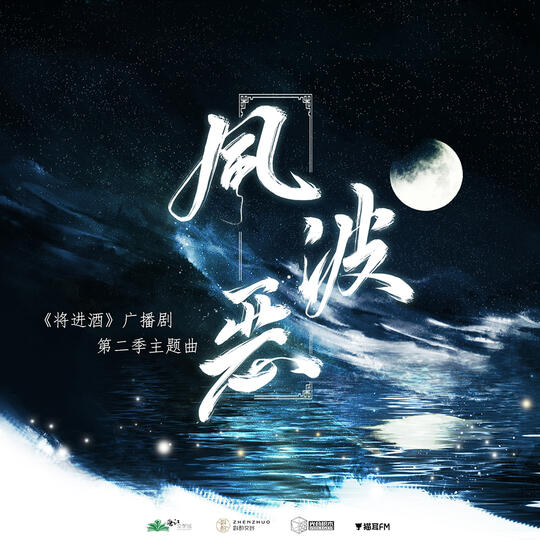 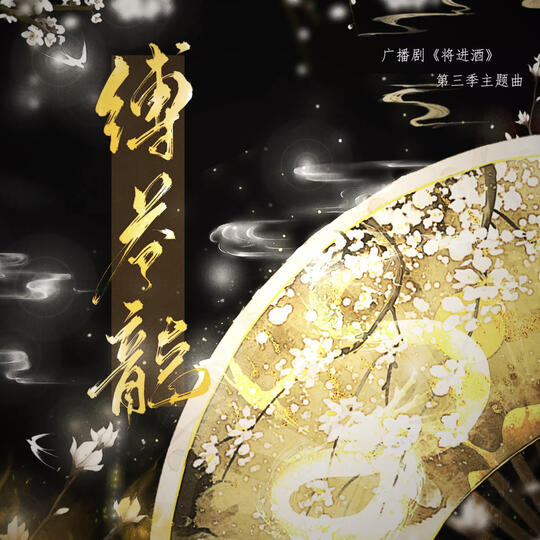 *Incomplete list due to image limit. These are all from the audio drama, please support if you can!